Coach Quinlan served as the offensive coordinator for four years at Marshall High School, helping lead the team to three consecutive seasons where Marshall went undefeated against district opponents. Quinlan has also coached Nacogdoches High School, Tyler Legacy High School, and Cypress Ridge High School. Out of his eighteen seasons as a football coach, Coach Quinlan has coached teams to the playoffs in twelve of those seasons. 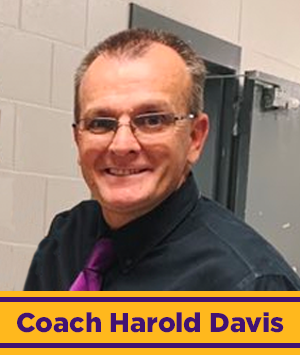 Coach Harold Davis is the Girls' Athletic Coordinator and Head Volleyball Coach for Farmersville ISD. Coach Davis has been a coach and teacher for over 29 years and became a member of our Farmersville ISD Family over eight years ago. During his time at Farmersville ISD, our varsity girls volleyball team has won 20 playoff games and seven out of the past eight District Championships. Coach Davis seeks to  help improve our student athletes' performance in both the classroom and athletics.